With about one month delay relative to the release of the new baseline of PubMed, here is the updated BuzzCloud visualization for what was hot and up-coming 2010 (click image for larger interactive version): 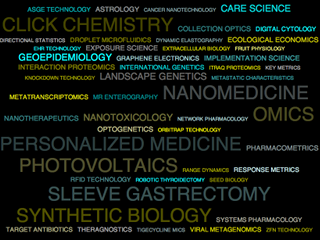 Here is a quick overview of some of the trends that I found interesting: